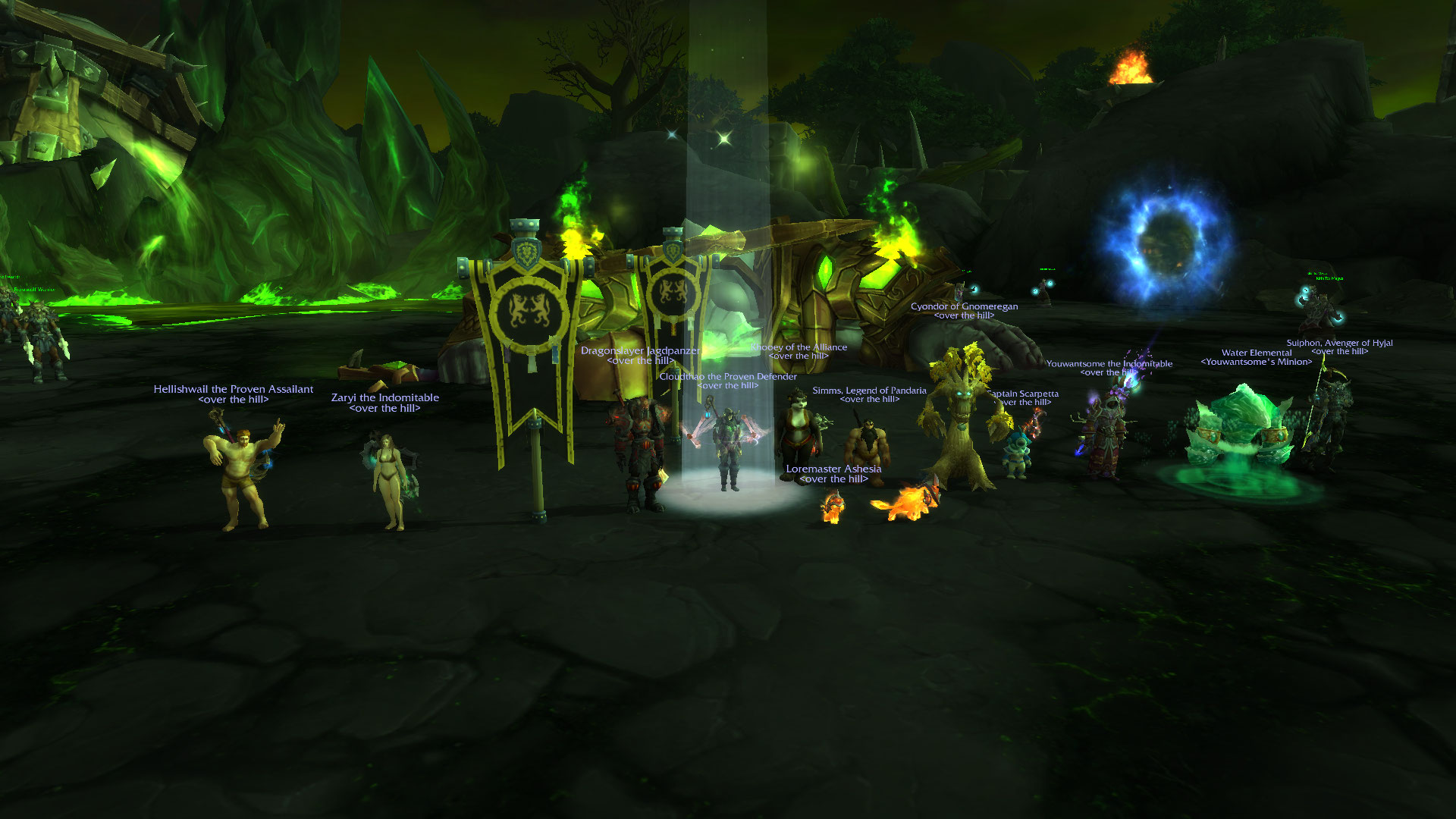 OTH is an older guild with mature players. We are a highly friendly, social and mature guild. In 2012 we started building up our raids for members to join and enjoy end-game moments.  We want to keep our raiding culture unique; something that we call “OTH Raiding style” – which means serious without the hardcore nonsense; relaxed and fun without drama.

We like positive learners because we are all learning together each raid so if you have questions please ask, but we don’t like lazy and careless raiders. The following are notes that raiders of OTH need to understand and follow!

We are not hardcore but we are serious about progressing and want to get the work done. Therefore raiders are required to understand their roles and classes.

Raider need to be self-motivated to take care their own accessories:

Raiders of OTH come from a wide variety of backgrounds and ages.  We are nice and friendly people.  We require a relaxed and friendly atmosphere in our raids.

We are always working on increasing the number of members who like to participate in guild raiding activities.  We have a lot of members who want to join but haven’t able to yet.   Members of the potential raider list become eligible for promotion to the Raider rank.  If you would like to join the committed team these are the things you should do:

Spots on the progression team will only be considered for raiders who meet the following requirements:

The progression team is focused on progression, which means a learning-curve and lot’s of initial raid-wipes, but nobody wants to waste time wiping unnecessarily.

Raid encounters are complex and involve dozens of people in various roles. Each person can be (and often is) individually responsible for causing a wipe, for a multitude of reasons.

Further, different raid compositions (mixtures of classes and specs) also influence the difficulties of the encounters.

An enjoyable progression raiding experience therefore requires a raiding team to be both balanced for the encounter and also filled with raiders who are all capable of overcoming the individual challenges within a reasonable amount of time.

Raiders will only be considered for a role on the progression team if they meet the following requirements.

Failed mechanics are the most common reason for raid wipes. Progression raiders must take it upon themselves to understand and master the pertinent mechanics. This is always a priority over DPS or HPS. Research encounters before and after the raid; prepare personal tactics for overcoming mechanics.

Heals-per-Second (HPS) or Damage-per-Second (DPS) must not be less than a given percent  the rest of the raid. Adjustments for mechanics and personal assignments are always taken into consideration.

Measured by the percentage of the fight a player was alive relative to the rest of the raid. Dying in the first minute while the rest of the raid lasted five minutes is poor survivability. This is usually not the healers’ fault; this is a result of a poor understanding of how to counter mechanics with the class being played.

A positive attitude is necessary for everyone on the team to enjoy their time in the raid. Progression raiders should be calm and patient, as hostility and frustration are infectious.

Further, a team perspective is required. Sometimes a raider may be asked to swap characters or specs, or even step out of the raid to better balance and prepare the team for a particular encounter. This can be frustrating in the short-term, but the team will grow stronger faster as a result and this benefits everyone in the long run.

Finally, progression raiders must be willing to defer to the raid leaders and follow raid calls during raids. As they say, too many cooks spoil the broth. Raid decisions often include factors beyond just the encounter mechanics, and it isn’t feasible or appropriate to waste time hashing these out during an active raid.

Committed Raider is a raiding position focused on non-progression content. Committed raiders are not held to the same expectations as Progression raiders, but are given the opportunity to join lower intensity raids for both enjoyment and opportunities for improvement in experience and gear.

The strength of committed raids will vary depending on the attendance of Progression Raiders, and so the ability to carry Committed Raiders will also vary. This may lead to Committed Raiders being asked to either swap specs/characters, or even step out of the raid, to balance the team against the encounter difficulty. Accepting a position as a Committed Raider indicates an understanding and willingness to be flexible.

Over The Hill Guild Raids Record

>> Sepulcher of the First Ones